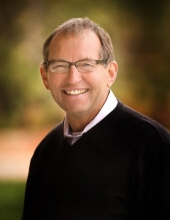 Dr. Henneberg grew up as a missionary child in South and Central America. He went to Upper Columbia Academy in Spangle, Washington, then on to Walla Walla College. He received a masters of divinity through Andrews University and earned his medical degree at Loma Linda University.

Dr. Henneberg married Bonnie Masat on Aug. 6, 1967, in Loma Linda, California. They were married for 53 years and shared more than one life’s worth of happy memories. Dr. Henneberg was a minister for five years, with churches in Orting and Bellevue, Washington. He then became a physician and practiced obstetrics and gynecology in Coeur d’Alene from 1981 until 2017. He was able to start a private practice with his brother and eventually his son.

Dr. Henneberg’s main interest was his family, but he also tolerated golf, fishing, camping, and weekend trips with friends. He despised home maintenance. He was actively involved with the Coeur d’Alene Seventh-day Adventist Church and passionately cared for children’s education through Lake City Academy.

Dr. Henneberg was a man who loved his family, loved God, and loved people. He had an ability to connect intensely with people. He felt friendships deeply, he hugged strongly, and will be missed terribly.

He is survived by his wife, Bonnie Henneberg; his sons, Andrew A Henneberg ’02 and RJ; and their families.