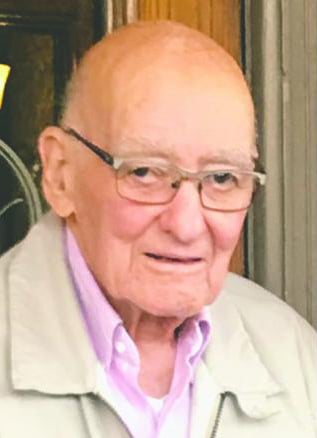 Dr. Schnibbe was born on July 14, 1925, to Fred Herman and Johanna Maier Schnibbe in Brooklyn, New York. He graduated from the School of Automotive Trades and was drafted into the Army during World War II. He became a medical technician and was assigned to the first established Army Evacuation Hospital in Europe. He became fascinated with things medical while helping to treat wounded soldiers in Austria and Germany.

In 1946, Dr. Schnibbe followed his sister west to attend Walla Walla College. He had become an X-ray technician overseas, so he took calls at both Walla Walla General and St. Mary’s Hospitals.

He married Verona Montanye on June 20, 1948, soon after she graduated. She continued to work in the registrar’s office while he completed his junior and senior years. He was later accepted into medical school and graduated in 1954 from the College of Medical Evangelists.

After interning at Portland Adventist Hospital, he answered a call to practice in Twisp, Washington. Dr. Schnibbe accepted the invitation of Harold B. Stout ’38 and Harold W. Lamberton ’46 to join them in practice to form the community medical center near the hospital and a Seventh-day Adventist church and school in Brewster. It was a special relationship, and all kept up with continuing medical education and a very lively practice. The Brewster Seventh-day Adventist congregation met for several years in the school gymnasium, and when they decided to build a new church, Dr. Schnibbe, a church elder, was named building committee chairman.

Dr. Schnibbe retired in December 1994 but continued to assist in surgery until 2002. In 2008, he and his wife sold Hidden Pines Ranch and moved to College Place, among relatives and old college friends. They volunteered at Walla Walla General Hospital and the Walla Walla University Haystad Alumni Center. They were also greeters at the WWU Church.