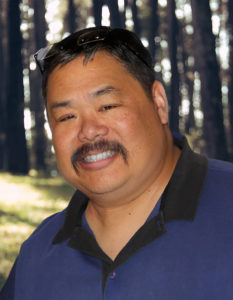 Gary Liang Tsao ’85 passed away peacefully on Jan. 3, 2021. Dr. Tsao was born in Los Angeles and grew up in Monterey Park, California, as the youngest in a family dedicated to the Seventh-day Adventist (SDA) Church and the medical arts.

His engineering talent was evident early on. In elementary school Gary was interviewed by a local news station when he built a U-controlled airplane from scratch. He loved fishing and even became a commercial fisherman in Alaska later in life. His dedication to bodybuilding and martial arts was fierce, and yet he was a gentle giant. Still, his size was dwarfed by his generous heart and love for others. His deep, rich bass voice was the foundation of many a choir, and his artistry and keen eye were evident in his remarkably detailed drawings.

Dr. Tsao had a wide range of knowledge, interests, and talents. He was an entrepreneur and an author of several children’s books. After retiring from medicine he embarked on a successful second career as a businessman. His hands-on approach to managing his businesses and properties made him well known in the community. Over the years, those who did business with him also became his friends.

Although he kept busy with work, Dr. Tsao always made time for anyone who sought his advice. He loved God and was a regular member of the Mission Road SDA Church in Redlands. “Uncle Gary” could always be counted on to mentor the young adult groups and younger church members. He would not only nourish their spiritual needs, but he attended to their physical nourishment with his excellent cooking.

We will remember Dr. Tsao for the love he shared with the people in his life and as the beloved person we were blessed to have known. He is truly missed by so many. His legacy is the high bar of generosity and human kindness he set for us by his example and the love and compassion he planted in each of our hearts.

Gary was preceded in death by his parents, George and Geneva Tsao; and his older brother, Gordon M. Tsao ’83.