A short time later, he was drafted into the U.S. Navy and was assigned to the Marine Corps. It was at the height of the Vietnam War and Gordon was a flight surgeon with a C-130 squadron. He made many flights to Vietnam in C-130’s refueling F-4 Phantoms.

After military service, Dr. Wheeler moved back to Loma Linda University Medical Center where he completed a residency and fellowship in radiology and interventive angiography.

In 1972, Dr. Wheeler returned to Napa Valley as a pioneering member of St. Helena Hospital heart team. He was instrumental in establishing coronary angiography there. He cherished the relationships he developed with x-ray techs, nurses and physicians over his forty years of medical service.

Gordon was gifted with a brilliant mind and was knowledgeable on many topics. He was also known for his quick wit. His puns were often called “Gordonisms.”

He was an adventurer. He was an avid aviator who loved flying all types of planes. He raced fast cars. He loved snow skiing, water skiing, sailing, and riding motorcycles. If it had an engine and went fast, he was in for an adventure. Gordie lived life to the fullest!

But it was his giant heart that stands out. He was a tender, gentle man who loved with such a Christ-like spirit. His kindness touched so many lives.

Gordon is survived by his wife, Elle; his children, Jon (Wheeler ’88), Julie and Elisabeth; his four grandchildren, Jonathan, Kylie, Michelle (Wheeler ’17) and Skylar.

Photo: Michelle Wheeler ’17 (far right) is greeted by her grandfather Gordon A. Wheeler ’64 and her parents (Jonathan Wheeler ’88 and Julie Perry ’81) at her medical school graduation in May 2017. 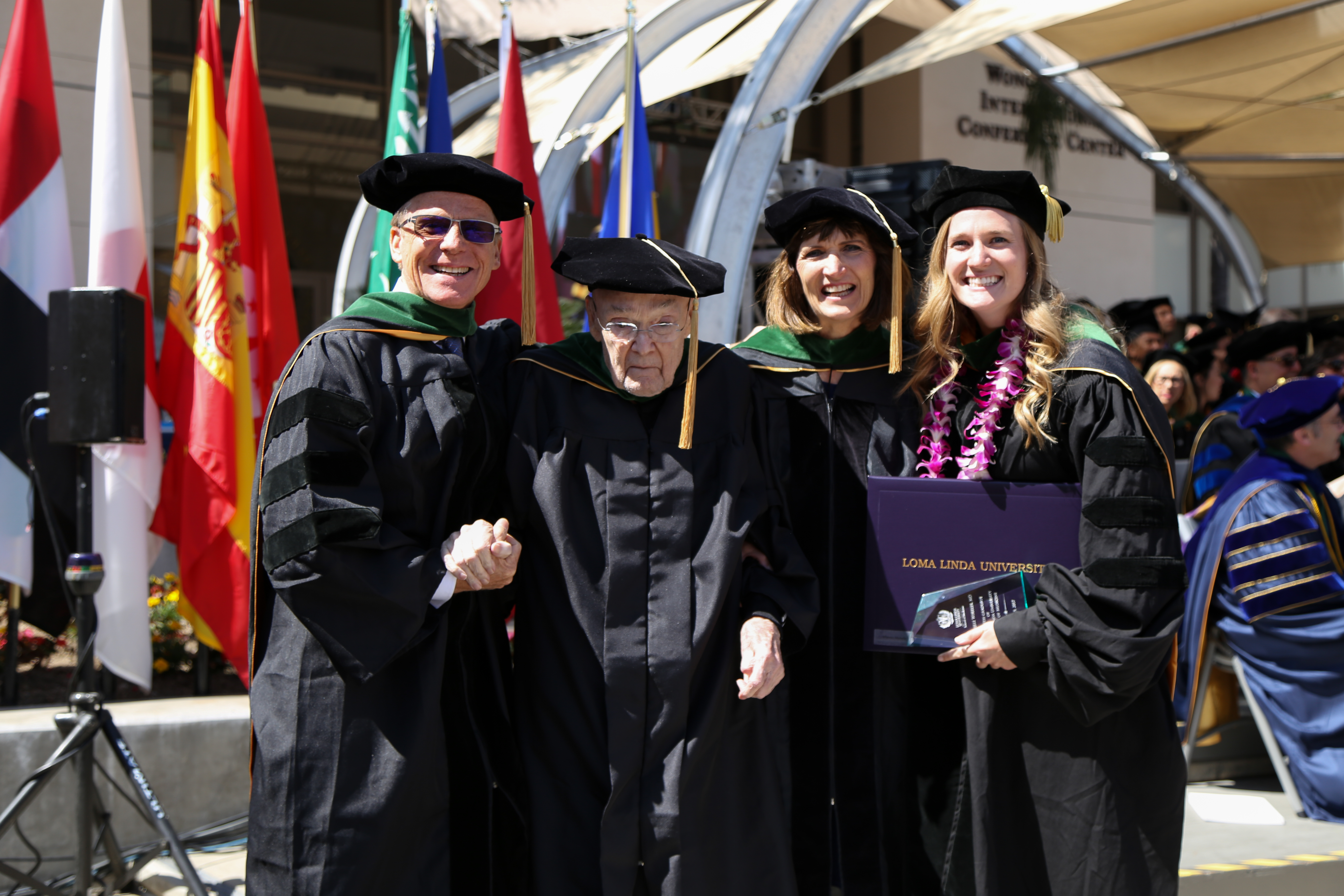