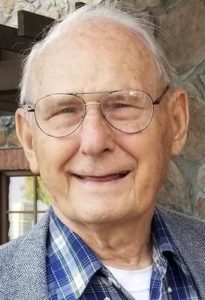 Dr. Schutte received his medical degree from LLU in 1962 and interned at Mission Hospital. He practiced family medicine in Asheville for three years. He then entered a residency in pediatrics at the University of Tennessee and St. Jude Children’s Hospital in Memphis. After completing his residency training, he returned to Asheville, where he practiced pediatrics for the next 40 years.

Dr. Schutte was associate clinical professor of pediatrics at University of North Carolina at Chapel Hill and assistant professor of general medicine at Duke University. He held many medical staff offices during his active practice, including chairman of pediatrics both at Mission and St. Joseph Hospitals. He also was a former chief of staff at Mission Hospital.

Dr. Schutte was continually active in promoting improved quality of care for children, resulting in the co-founding of pediatric intensive care and neonatal intensive care units at Mission Hospital. After retiring from pediatrics, Dr. Schutte became a state medical examiner for 10 years. He also served in the U.S. Army during the Korean War.

Dr. Schutte was an active member of the Asheville North Seventh-day Adventist Church, which he helped to establish. He was a member of several charitable boards, including Industries for the Blind Solutions, Aston Park Health Care Center, Care Partners, and other organizations.

Dr. Schutte will be dearly missed. He is survived by his wife, Margie Sabah Schutte; his two children, H. Del Schutte Jr. ’84 and Anne Williams; two grandchildren; and one great-grandchild.