Nine years ago, I moved to Malawi full of hopes and dreams to open an ICU and start a cardiology clinic. At that time, I never would have predicted where my biggest impact would be. I naively equated my own potential work with development work, believing that opening the ICU and cardiology clinic to provide a higher level of care to patients would be my most important contribution. There is no doubt that these services had an impact on those patients who were able to come to the hospital, but I now know that the greatest impact will always be the one that is multiplied through other physicians rather than what I can achieve through my own direct patient care. 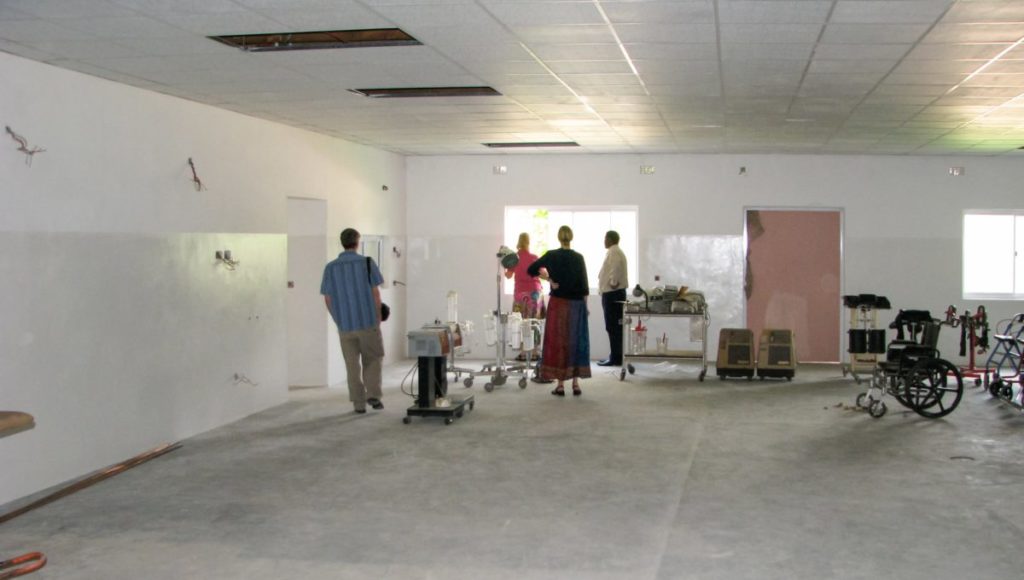 The ICU in its early stages is prepared with the help of many people.

Yes, we started with a cement slab, and together with support from Adventist International, a biomed technician volunteer, a fantastic nurse from India, and a team of hospital support staff, physicians, and nurses, we opened up a functional ICU and non-invasive cardiology clinic. Opening an ICU cannot be done alone. I was part of a team of hospital personnel and ancillary staff that provided a new level of health care. I joined a team of Adventist medical missionaries from the Philippines and Brazil, working with multiple local Malawian physicians and nurses who already had the reputation of being from one of the best hospitals in Malawi.

As the patient volumes increased, I was exhausted most days, and I am forever grateful for David A. Saunders ’06 who joined the hospital staff as a missionary in 2012. I had been covering the newly opened ICU for months with my alarm set for every two hours whenever there was a ventilated patient. The nurses had never even seen, much less provided, this level of care before. We worked side by side and learned together about IV drug compatibility, ventilator alarms, and the perils of performing bed baths during night shift. 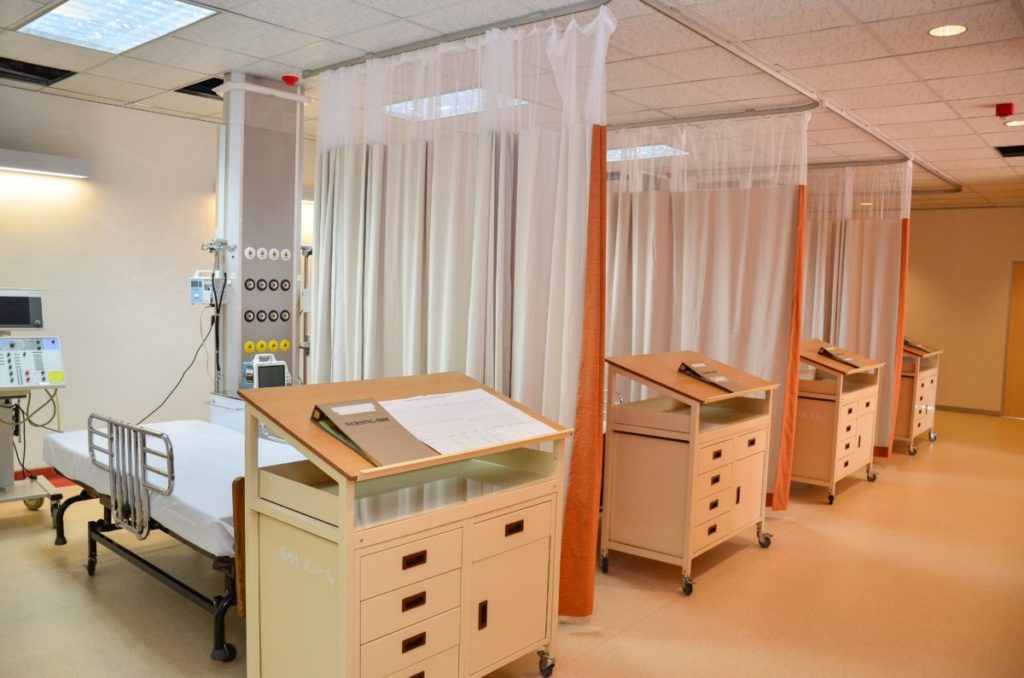 The finalized ICU is ready to open for patients in Malawi.

Slowly, we worked as a team to improve the care in the hospital. I vividly remember several events early on that demanded crucial dialogue to empower the nurses and physicians to improve the hospital system. After each event, we sat to discuss potential system improvements and outline a way forward. Together with the nursing matron and later the nursing supervisors, laboratory technicians, nurses, and physicians, we worked out system issues for hypoxemic and hypoglycemic patients to get rapid recognition and treatment. The medical director also asked me to work side by side with local physicians to mentor them toward evidence-based medicine and improving hospital care for major diagnoses like sepsis, stroke, malaria, asthma, heart failure, and pneumonia. Not only did I make a difference for the patients I personally cared for, but I helped more by facilitating hospital-wide procedures and mentoring other physicians.

While the hospital’s dream of opening an ICU was realized, it turns out that was probably not my greatest impact in Malawi. The real impact was in the treatment of heart failure. Sick patients from the entire country had begun to seek me out as the country’s only cardiologist. They came from every socioeconomic status with every level of medical need. It alarmed me to see that patients with heart failure were often being both misdiagnosed and inappropriately treated. Some were labeled as “angina” and given nitrates, and others were labeled as “asthma” or “pneumonia” and given inhalers or multiple courses of antibiotics. Many of the ones correctly identified as “heart failure” were given just furosemide 40mg daily, no adjustments or higher doses for those who were still volume overloaded, and not on goal-directed medical therapy. There was minimal patient education about the disease or diet and lifestyle modification. I struggled for over an hour with each new heart failure patient, trying to re-diagnose, re-educate, and discuss goals and medication titrations. The patients were understandably reluctant to return to the doctor who had misdiagnosed them and had been inappropriately treating them for months or years while simultaneously being frustrated by the hospital’s specialist clinic fee or even being unable to afford ever seeing me again. 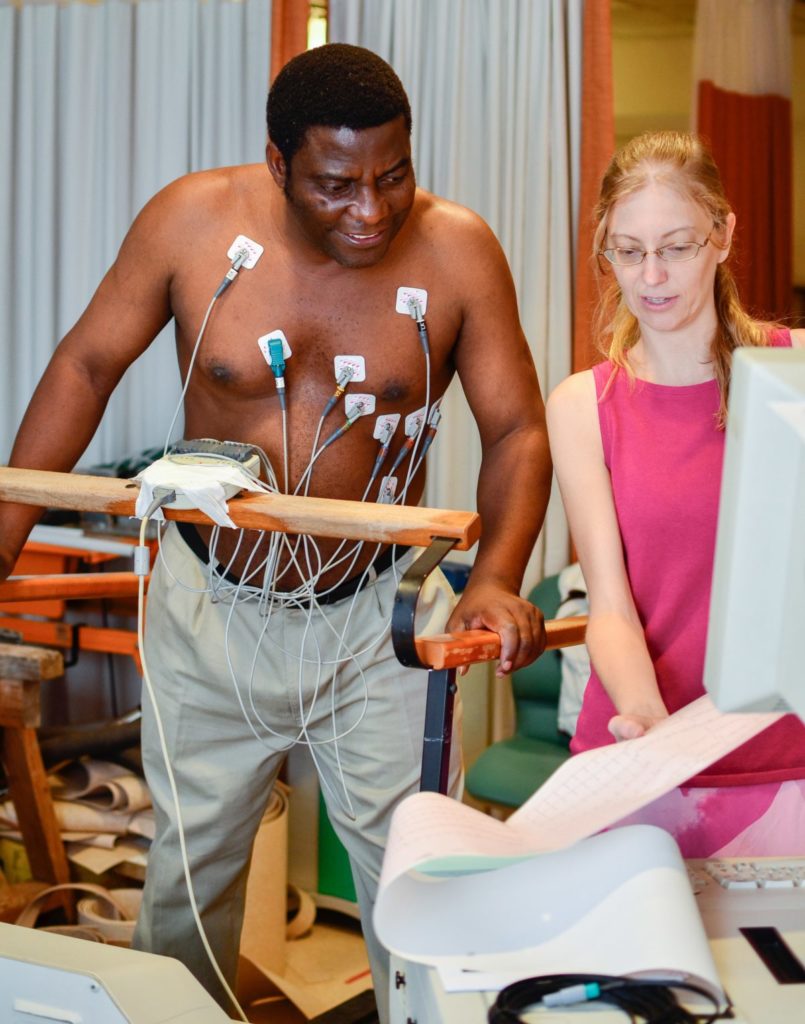 On my arrival in Malawi, I had been told by numerous physicians that patient handouts simply don’t work in Malawi; they had already been tried and been unsuccessful. Eventually out of exhaustion and frustration, I typed out a one-page, comprehensive heart failure patient handout that included everything. I would say, “Here, go read this in the lobby while we wait for your lab results.” It contained a place to write their ejection fraction, pertinent lab results, and fluid restriction guidelines. It had an entire medication titration for all five major heart failure drugs, including starting doses and biweekly incremental increases to target dose. It had a section on how to adjust furosemide at home based on weight and symptoms, a section on diet and exercise, and a date for follow up. It was all there. And I took time to read every word of it to the patient. I started printing reams of this handout on blue paper so that patients could easily identify it at home. I told the patients to take it back to their doctor or home clinic or hospital. I told them read it once a week and see a doctor every two weeks until they achieved the goals.

This handout eventually went out around the country. In fact, I think it reached every major hospital and clinic over the next year. Malawian physicians showed up to meet me after seeing it. Then patients from the border towns of Mozambique started coming. We eventually translated it into both Chichewa and Portuguese. Soon the patients referred to me with suspected heart failure would arrive already on low doses of goal-directed medical therapy. Some who had said they couldn’t afford to see me again would come back a year later for a repeat echocardiogram and would actually be on target doses of the medications. And be euvolemic. And have returned to work again. A few would come by just to thank me. Many wanted me to scan them again and hopefully give them the news that their ejection fraction had improved from 15 percent to 40 percent or even to normal. The impact was bigger than just those patients I saw. I am sure that dozens of patients I have never seen received better heart failure care from that blue handout. After all, the largest impacts are those that grow exponentially from teaching other providers who then pass that benefit along to their patients and colleagues.

Is the work finished now? The ICU has been handed over to a fantastic Malawian internist. Outpatients and hospitalized patients are receiving a higher level of care. But the truth is that our mission hospitals need our ongoing support. The ICU still needs equipment maintenance, ongoing training, and specialists. Residency programs are also desperately needed to train dozens of bright young physicians in whole person care who are now only able to seek further training outside of Malawi. And the country of Malawi still needs a cardiologist. A bright young Malawian physician will soon head off to South Africa for six years of cardiology training. If you feel moved to do so, please join me in my commitment to support him through his training, get a cardiac catheterization lab built, and transition him back to Malawi. In the meantime, my goal is to continue to go to Malawi every six months to help maintain the ICU and cardiology clinic and support ongoing development for the future. Anyone want to come along on an adventure? Let’s reach out together!