In 1914, The College of Medical Evangelists graduated its first class of six members. Following graduation the next year, 1915, the 18 graduates comprised a small but loyal cadre of alumni. From 1915 to 1917, Leslie Trott ’15 organized a method of receiving updates and keeping in contact with each other through letter-writing. Due to his dedication to this task, Dr. Trott is considered the first president of the as yet unofficial and informal group of alumni. During World War I, the attention of the country, and the alumni as well, was undoubtedly on the war effort. In the case of the alumni, the impact of the war on medical education in general and on the fledgling College of Medical Evangelists, in particular, was of great concern.

“With the present number of graduates, we feel that we have now come to the time when we can organize into a successful alumni association. Not after a worldly order, nor for a selfish purpose, but a definite, high and holy cause, even that of our Master.”   -Iner Sheld-Ritchie ’15

It was during this pivotal time and its aftermath that Iner Sheld-Ritchie ’15 stated “Nearly seven years have now elapsed since the College of Medical Evangelists graduated its first class in medicine and surgery. With unmistakable evidence of divine guidance and protection has the school prospered and grown and marked indeed have been the blessings of our God upon the school of His planting. Each year has witnessed a growth in numbers in our classes until we believe that soon we shall see fulfilled the promises regarding this school, and our prayer is that the thousands who, according to the promise, are to be trained here, will fulfill the one great purpose as true medical missionaries, namely, of warning the world of our Lord’s soon return and preparing a people to meet him in peace.”

“With the present number of graduates, we feel that we have now come to the time when we can organize into a successful alumni association. Not after a worldly order, nor for a selfish purpose, but a definite, high and holy cause, even that of our Master.“

This organization has great possibilities if properly developed. It should necessarily be organized upon a sound and proper financial basis, having the support of all its members. Such benefits as a poor students’ fund and the establishment or aid of medical missionary work, both at home and in foreign fields are worthy of our attention. The hearty cooperation of every graduate is earnestly solicited in this matter. We would greatly appreciate a word of advice and counsel from each and every graduate of the college.

”By 1921, the group of alumni had grown to 102. During these early years of loose and informal associations, the alumni met once per year, coinciding with the CME commencement. As Dr. Sheld-Ritchie so eloquently pointed out, the time had come when there existed a sufficient number of alumni to organize successfully.

In that spirit, on May 30, 1923, Harold Lewis ’20, was elected the first president of the now formal Alumni Association. On June 1, 1924, Dr. Lewis spoke to 175 alumni who had gathered for the Alumni Association meeting. He welcomed the new class of 1924 to the Alumni Association and stated that the reputation of the College of Medical Evangelists depended on the work and influence of its graduates. The graduates appear to have taken this as a challenge to be met and mastered. The class of 1924 subsequently produced a plethora of competent physicians who distinguished themselves in the areas of education and research and whose lives epitomized the mission of the College of Medical Evangelists/Loma Linda University School of Medicine.

Many other similarly distinguished classes and individuals have followed, and in the words of previous Executive Director, Dennis Park ’07-hon, “…the rest is history. Thousands have been trained at CME/LLU and medical missionaries continue to span the globe. The Alumni Association of the School of Medicine of Loma Linda University—over 10,000 strong—continues, among its many other activities, to support the students, aid in medical missionary work, and to organize continued connection and education for its alumni.”

Jack Provonsha ’53-A (AA President 1964-65), wrote “Our Alumni Association must be strong, vigorous, united, and independent. Not just for its own sake, but precisely because it is a service organization. It must have a self to give.” To further quote Dennis Park ’07-hon, “this is the raison d’etre of our School of Medicine Alumni Association.” 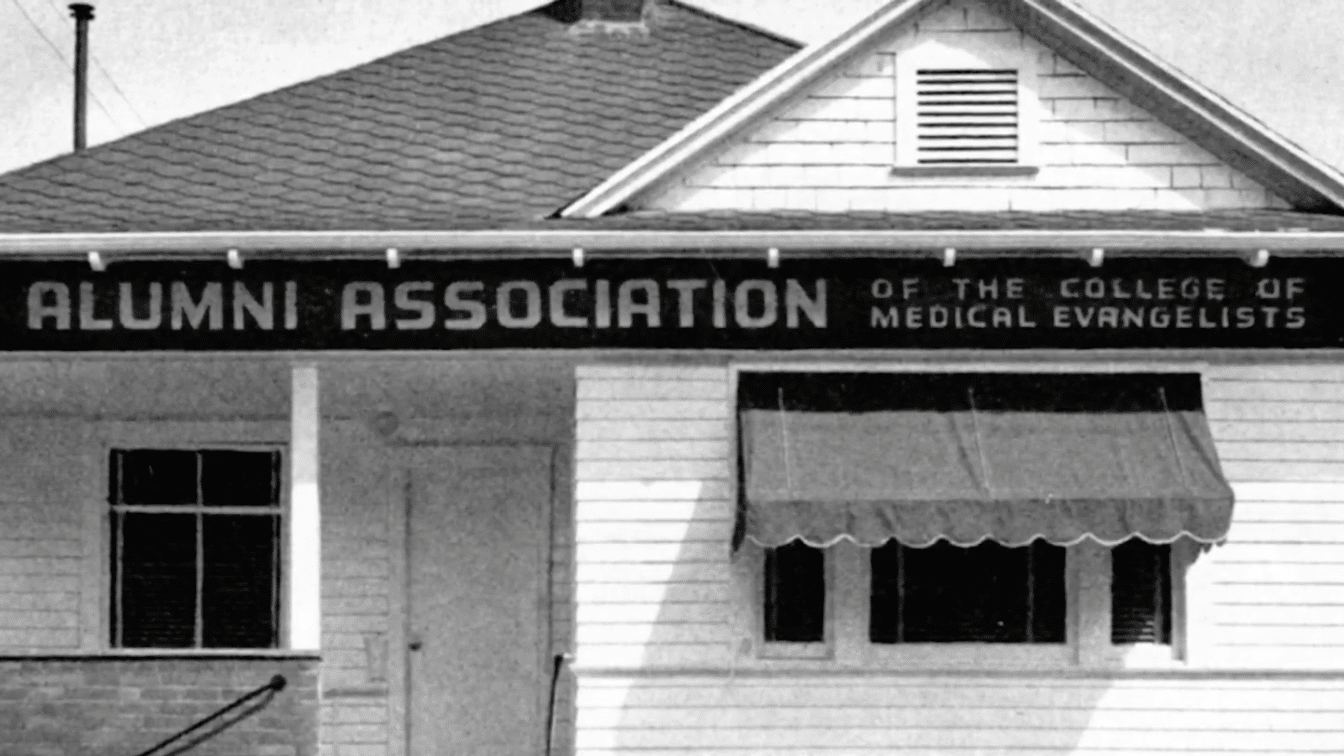