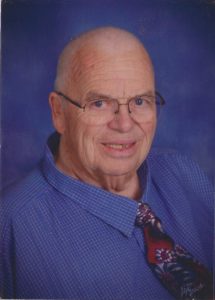 Reginald G. Madden ’64 was born June 29, 1937, in Ontario, Canada, and passed away peacefully July 3, 2020. He attended Oshawa Missionary College and Emmanuel Missionary College (now Andrews University) before coming to Loma Linda University for medical school. He stayed at LLU for a rotating internship and completed his residency in internal medicine at Riverside General Hospital in 1969.

Soon after residency, Dr. Madden was drafted into the U.S. Army despite his Canadian nationality. He was made an American citizen overnight, and so began 20 years of military service. He moved his family of four around the world, serving as far away as Egypt.

He was dearly loved by his patients and respected by his colleagues. During his years of military service, he was awarded three Meritorious Service Medals and two Army Commendation Medals, but most of all he was known for the outstanding care and attention he gave to the practice of family medicine.

After retiring from military service, Dr. Madden settled in Loma Linda, California. He is survived by his children; Patricia Mann, RN and Matthew Madden, NP; three grandchildren; and by his former wife and always dear friend, Eileene Johnston-Madden, RN.