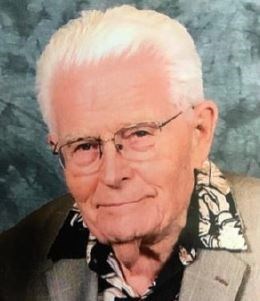 Dr. Guthrie was born Dec. 21, 1930, in Niles, Michigan. His family moved to California, where they lived until moving to Japan as missionaries in 1940. As World War II exploded across Asia, they were transferred to the Philippines in 1941, where it was considered safer at the time.

As the war extended to the Philippines, the women and children were moved to Camp John Hay in Bagio. Soon the family was reunited in Santo Tomas, then placed under house arrest, and finally sent to the infamous Los Banos Internment Camp. Despite near-starvation rations and few teaching materials, Dr. Guthrie’s mother, along with others, continued his education. Upon liberation from Los Banos in 1945, Dr. Guthrie returned to the United States and graduated from Walla Walla College, married Juanita Bruce in 1951, and graduated from Loma Linda University School of Medicine in 1956.

After his internship near San Diego, Dr. Guthrie spent two years in the Navy as a physician in Japan. Three sons and a daughter were added to the family. Following a four-year mission term at the Youngberg Memorial Hospital in Singapore, he completed a surgery residency in North Carolina and settled in Ukiah, California, in 1969.

Dr. Guthrie enjoyed playing golf and hiking the hills near their home. His talent on the bass clarinet, piano, and organ were a joy to many.