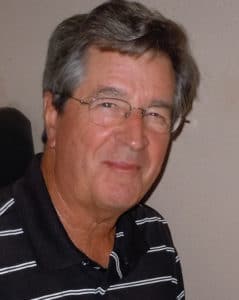 Robert M. Irwin ’65 was born in July 1939, in Long Beach, California, and died Dec. 3, 2019, in Whittier, California. His father worked for Proctor & Gamble, and his mother, in addition to being a homemaker, played piano at the Long Beach SDA church. Dr. Irwin attended Long Beach Polytechnic High School and USC. Upon deciding on medicine as a career, he transferred to La Sierra College and then went to medical school.

Dr. Irwin and Penny divorced in 1993. In 1997, Dr. Irwin married Connie O’Leary, chief nursing officer at PIH. Dr. Irwin was a superb golfer and excelled at other sports as well. One-time president of Friendly Hills Country Club, he once simultaneously held club championships in both tennis and golf. He was also a 10-time champion of the U.S. Medical Open.

Retiring in 2005, Dr. Irwin became active in MDI (Mentor Discover Inspire), a national organization comprised of local teams. He emerged as a respected leader of his team.