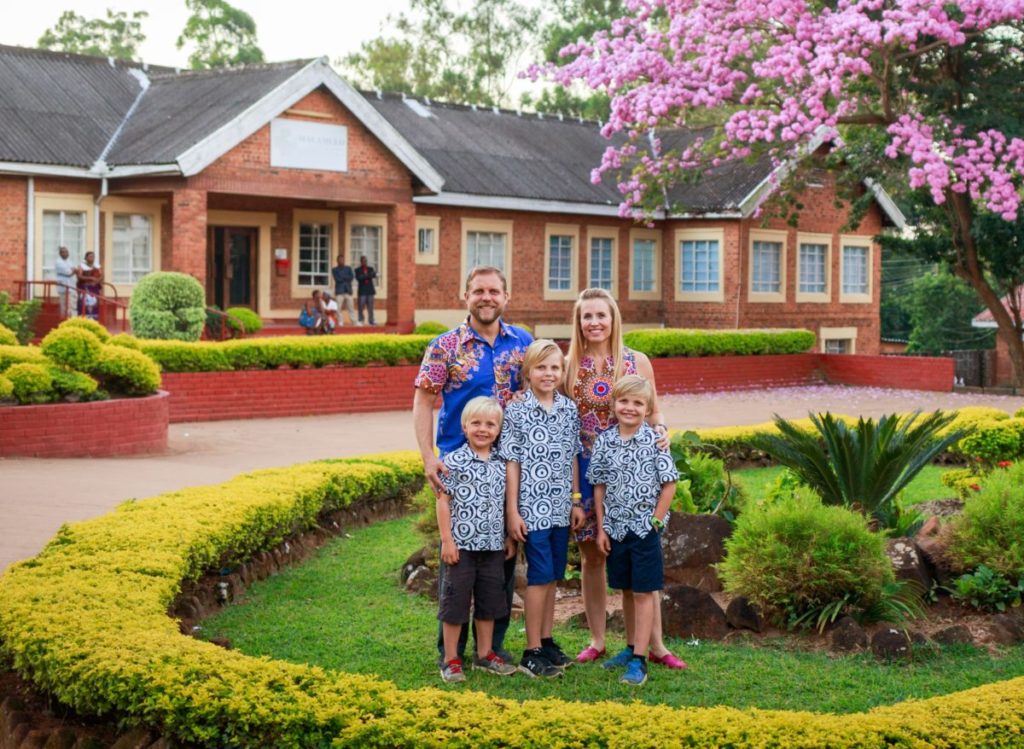 Ryan A. Hayton ’05 stands with his family in front of Malamulo Adventist Hospital.

Lack of access to safe surgery leads to more deaths than HIV, TB, and malaria combined worldwide.1 Nearly one-third of the global burden of disease can be addressed by surgical care.2 Ninety-three percent of the people in Sub-Saharan Africa do not have access to safe, affordable surgical and anesthesia care.1 With billions of people lacking access to safe surgery, only 6 percent of the world’s surgeries are performed on the poorest two-thirds of the world’s population.3

In 2014, the World Health Organization’s Lancet defined “global surgery” as an area for study, research, practice, and advocacy focused on achieving health equality for all people worldwide needing surgical care. This is reflective of the 1776 U.S. Declaration of Independence, “We hold these truths to be self-evident, that all [people] are created equal, that they are endowed by their Creator with certain unalienable Rights, that among these are Life, Liberty, and the pursuit of Happiness.”

Malawi, in southeast Africa, has the world’s highest rates of esophageal cancer, cervical cancer, and bladder cancer as well as the world’s worst doctor to patient ratio and second worst surgeon to patient ratio. It ranks as the 6th poorest country on Earth, and 90 percent of Malawians live on less than $2 per day. It is in this rural, low-resource environment that God has been using Malamulo Adventist Hospital to care for and treat the underserved people of the region. Malamulo has been a flagship Adventist mission since 1902 and has provided health care for well over 100 years. It has also focused on training health professionals for over 60 years. AHI, under the leadership of Richard H. Hart, DrPH, ’70, was asked to manage the hospital in 2008 under the medical director Cristy L. Shank ’04. After completing a general surgery residency in 2010, I joined the team at Malamulo to develop and run the surgical department.

In 2014, Malamulo Adventist Hospital, with the help of Pan-African Academy of Christian Surgeons (PAACS), the Seventh-day Adventist Church, and Adventist Health International (AHI), started a general surgery residency. With the goal of teaching, training, and mentoring African surgeons to be competent, compassionate, Christ-centered, certified surgeons for Africa, the five-year residency attained accreditation from the College of Surgeons of East, Central, and Southern Africa (COSECSA). Loma Linda University (LLU) provides PAACS with academic oversight and accreditation to validate all its training programs. Since its inception in 1997, PAACS has fully trained almost 100 surgeons in Africa. Two PAACS graduates, Dr. Arega Fekadu from Ethiopia and Dr. Moses Kasumba from Uganda, came to Malamulo consecutively as SDA missionaries to enable the training program. Casey N. Graybill ’05 also joined the Malamulo surgical team as an OB-GYN. This dynamic, highly skilled, and dedicated team has been changing the perspective of Adventist mission hospitals by truly creating a training program that has the capability of training the future missionary surgeons for Africa. The surgeons being trained are phenomenal men and women, becoming fully able to carry on the work in mission hospitals with greater and more applicable skills for operating in low-resource environments than American missionary surgeons.

Recently, it has become evident that traditional American general surgery residency training, overall, does not prepare graduates for humanitarian development and service in low-resource environments like low- and middle-income countries (LMIC).4 It is to this end that the LLU surgery department collaborated with Malamulo to create some cutting-edge training initiatives for American surgeons. In 2012, Mark E. Reeves ’92 enabled the LLU general surgery residents to participate in the two-month global surgery rotation at Malamulo. Malamulo became the first international location to be certified by the Accreditation Council of Graduate Medical Education (ACGME) for American surgery resident training. In the ensuing seven years, approximately 75 percent of the LLU general surgery residents have gone to Malamulo as part of their training, and it has consistently been ranked by them as one of their favorite rotations. This has broadened the training of Loma Linda’s surgery training to include some knowledge and skills needed to operate in low-resource environments. 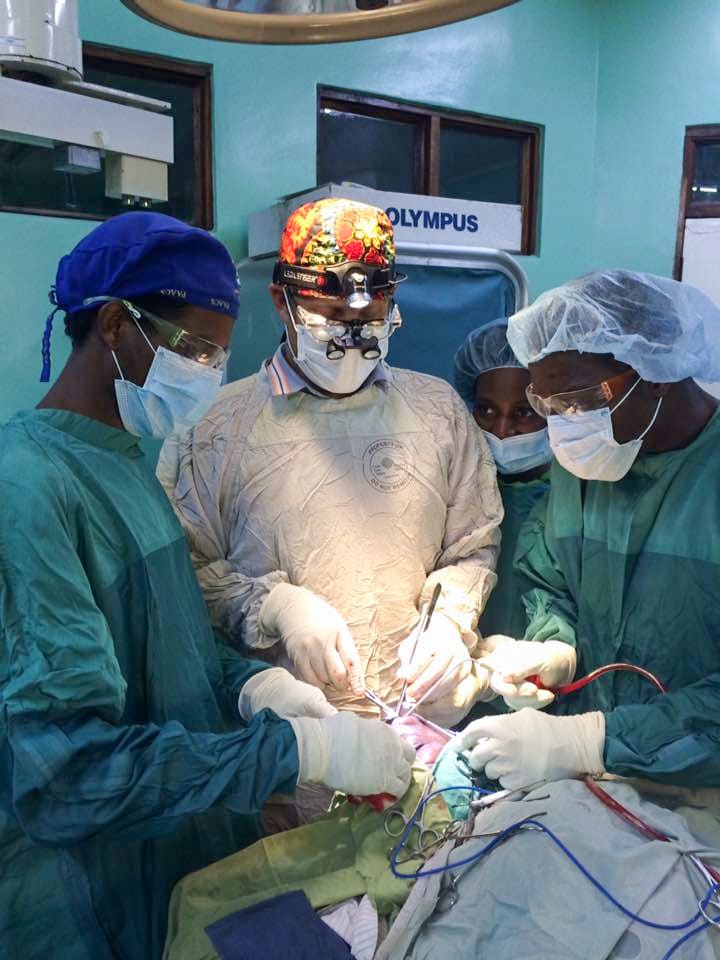 The purpose of the global surgery rotation is to open the eyes of the surgery residents to the needs and disparities in the LMIC and to encourage them to participate, over the course of their careers, in global surgery endeavors. In 2017, Carlos A. Garberoglio, MD, LLU chief of surgery, designed the first of its kind, clinically-oriented global surgery fellowship. The one-year fellowship was created to train American surgeons to be competent, comfortable, and capable of humanitarian service in low-resource environments. The general surgeons are trained to do gynecology, urology, orthopedics, anesthesia, and other surgically related fields at Loma Linda for nine months and at Malamulo for three months. The goal of the global surgery fellowship is to create missionary surgeons who are highly effective in operating in mission hospitals throughout the LMIC.

The growth and implementation of the diverse surgical training programs at Malamulo Adventist Hospital has radically changed the Malamulo surgical department and created exponential growth. It has also affected the rural mission hospital as a whole by decreasing the hospital’s mortality rates and average length of stay for inpatients at the 250-bed hospital. The finances of Malamulo Hospital have also changed for the better.

Malamulo has shown that training surgeons in rural hospitals in LMIC is possible and is effective in increasing the number of surgeons in low-resource settings. We believe that the creation and development of surgical residency training programs transformed the rural hospital and stimulated progress in patient care and finances throughout the hospital and that starting and maintaining a surgery residency in a low-resource mission hospital is a benefit, not a drain, to the LMIC rural hospital. The creation of a general surgery residency run by PAACS at Malamulo Adventist Hospital in Malawi was not only feasible and sustainable, it was beneficial for the hospital. The certified postgraduate surgery training did not financially hurt the mission hospital but, rather, led it directly and indirectly to sustained growth, improved care, and progress. 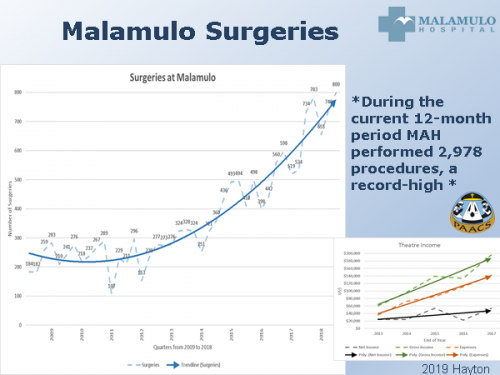 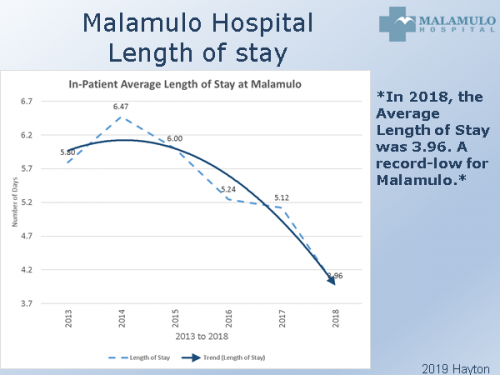 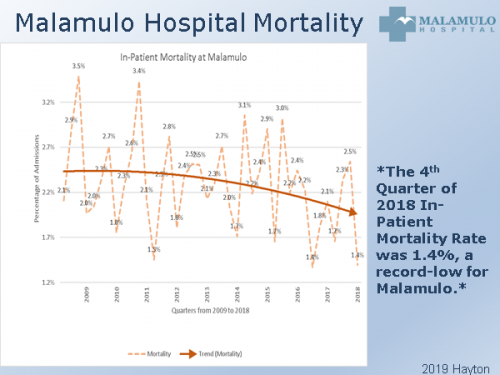 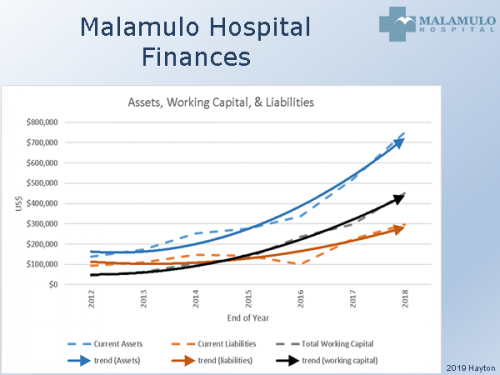